A cultivar is a cultivated variety of a plant that has been deliberately selected for specific desirable characteristics (such as the colour and form of the flower, yield of the crop, disease resistance etc.). When propagated correctly the plants of a particular cultivar retain their special characteristics.The naming of cultivars is an important aspect of cultivated plant taxonomy and it must conform to the Rules and Recommendations of the International Code of Nomenclature for Cultivated Plants (the ICNCP, commonly known as the Cultivated Plant Code). A cultivar is given a cultivar name, which is a Latin botanical name followed by a cultivar epithet, mostly in a vernacular language. For example, the full cultivar name of the King Edward potato is Solanum tuberosum ‘King Edward’. The ‘King Edward’ part of the name is the cultivar epithet which, according to the Rules of the Cultivated Plant Code, is bounded by single quotation marks.

Cultivars make up a major part of Liberty Hyde Bailey’s broader grouping, the cultigen, which is defined as a plant whose origin or selection is primarily due to intentional human activity. The word cultivar was coined by Liberty Hyde Bailey and it is generally regarded as a portmanteau of “cultivated” and “variety”, but could also be derived from “cultigen” and “variety”.

It is important to be aware that if a cultivar is released without its chosen name being formally established, it may be open to someone else to establish a different name for it, or, conversely, the same name may be established by someone else for a different cultivar. Either way, you may well lose the name you chose for your plant, if it hasn’t been established.

This is a comprehensive world-wide database and register of Brugmansia cultivar names, colour-coded according to their nomenclatural status under the 2009 International Code of Nomenclature for Cultivated Plants. It includes information, where available, on hybrid parentage, species heritage, brief description of the form and colour of the flowers, and other information

Submit your cultivar name for publication in The Herald

As ICRA for Brugmansia and Datura, we have a responsibility to ensure that your new cultivar is named in accordance with the International Code of Nomenclature for Cultivated Plants. The Registrar will be very happy to advise you on such technical issues, should any arise.

BGI’s quarterly newsletter in which new Cultivar Names are announced.
The Herald is BGI’s official publication for announcing newly established cultivar names. This publication is printed and mailed out three times yearly to the following institutions.

About BGI Board Members, Advisors, Affiliations 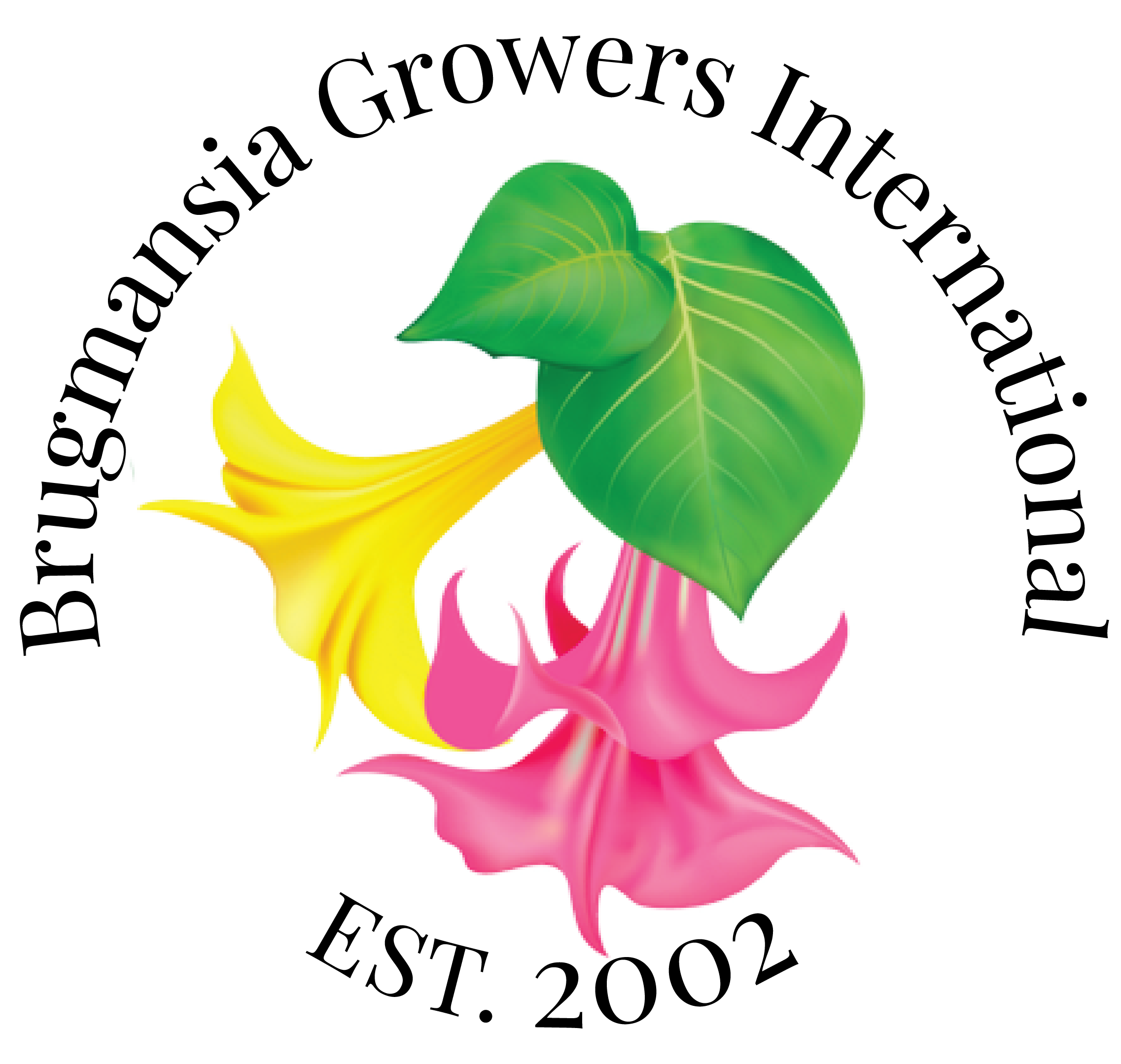 BGI would like to thank our former webmaster, Mary Voss, for her many years of dedication in maintaining our website. Mary served as BGI webmaster from 2002-2017.